SIGNS AND SYMPTOMS OF CHILDHOOD TRAUMA 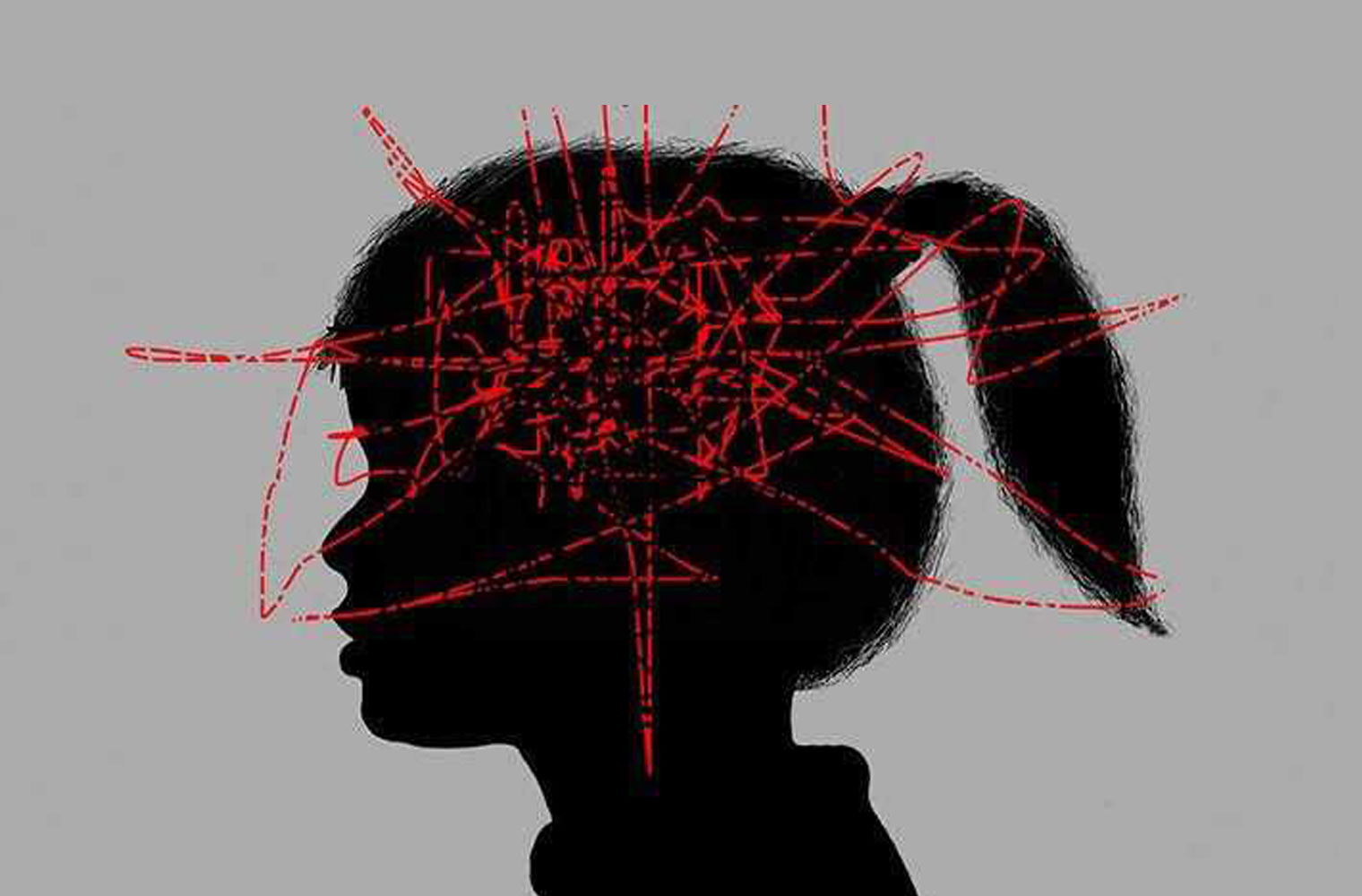 Imagine a traumatic event, something so scary and horrible that it has scarred you for life. Childhood trauma is very real, and it is high time, that a conversation is started about it. It is important to be noted that not all threatening experiences can lead to trauma.

Children, from the age of 0-18 years, interpret different experiences differently. It is also possible that one life experience that may be traumatic to one child may not affect another. According to The National Child Traumatic Stress Network, “A traumatic event is a scary, dangerous, or violent event. An event can be traumatic when we face or witness an immediate threat to ourselves or to a loved one, and it is often followed by serious injury or harm.”

It is important to note that children who suffer from child traumatic stress can be exposed to one or more traumatic incidents. And if the symptoms of childhood trauma are left untreated, they can lead to major health risks, and affect the brain and nervous system. Research shows that childhood trauma survivors are likely to develop long-term health problems and have a shorter life expectancy.

Here are some of the symptoms of childhood trauma –

Anger is a major part of the response to trauma. Especially in children, it is a way of coping with stress. Although, at the same time anger can cause quite a bit of problems. So, why is anger the most common symptom of childhood trauma?

Anger is usually a natural survival instinct in humans, when there is a case of betrayal or if they felt like a victim in a situation. It is important to note that trauma survivors often find it difficult to control their emotions. Thus, in a way they are trying to protect themselves from showing people, they’re most vulnerable.

Anger and aggression in children are often shunned as a tantrum or bad behaviour. But it is important that these things are openly talked about in normal conversations. Although, what people need to understand is that expressing anger is not bad. As a human, everyone deserves to express their emotions. It is very indispensable for one’s sanity.

Anger is like walking on a thin line, and it should be in check, always.

Every child deals with trauma differently. They may forget things at times. But sometimes, certain events or situations might lead them to be anxious. Or it can trigger them as the traumatic memories start flooding their mind.

Many children opt to numb out these triggers, instead of facing the fear. This can lead to chances of further revictimization. What we should know is that ignoring or putting off these feelings of anxiety will only result in it mounting up and turning worse for the child.

If your child is anxious around certain things or people, it is worth paying attention instead of ridiculing it as just nervousness. This symptom of childhood trauma is often interpersonal in nature. Even mild, stress-free interactions can result in extreme triggers or anxiety episodes.

Dissociation is often seen as a symptom of childhood trauma, in children with complex histories. When the child endures a trauma, he/she might feel like dissociating completely from the experience. They believe themselves to be in an altered state or out of their bodies, as a coping mechanism.

Now, when they learn this coping mechanism, they start using it as a defence. Therefore, whenever a stressful or disturbing situation occurs, they dissociate themselves from it. They might have a façade of disinterest, daydreaming or spacing out. But it is just a defence mechanism.

This dissociation can affect the child’s day to day activities. They will have difficulty in paying attention and it can impact their classroom as well as social interactions. In dissociation, the child sometimes loses a certain part of past memory, resulting in gaps in their personal history.

This symptom of childhood trauma often leads to self-blaming in the long run. The child may feel easy to blame themselves than the people inflicting the trauma on them. For example, a child surrounded by violence at an early age will learn from the surroundings that nobody can be trusted.

Thus, negative beliefs and expectations, often tower down on a child’s self-confidence and the way they see themselves. It is quite easy for a child to develop a mindset of seeing themselves as being damaged. Thus, they have no hope for the future and choose to not move forward, since they don’t know how to deal with the problem.

This symptom of childhood trauma is evident in children who live with no freedom to express their anger. They are raised in an environment where they are made to believe that anger is unacceptable. Also, if a child witnesses anger expressed violently, they may believe it to be an emotion, that needed to be avoided at all cost.

It is important that we realise that, anger is a regular emotion, it only makes us humane. Say, you suppress your anger, then what? You still feel angry and that leads to something else in your already overthinking head. Our mind is both our friend and enemy at times. Therefore, it is critical to not suppress anything in your head.

The first step is acknowledging your anger. Then it is expressing it. But be mindful that expressing anger does not mean a violent episode. It becomes ingrained in the child’s head that, if they expressed their anger, it might destroy things or hurt someone.

Many symptoms of childhood trauma, grow into a child’s adulthood. One such sign is creating and living with a false image. As a child, we all want our parents to love us and acknowledge us. But when we feel that there is something lacking, we try to become the child they want us to be.

Thus, starts the whole journey of pleasing them and putting their expectations above your needs. We bury our emotions and hurt to become this fake version of ourselves. And the lie of the mask becomes too big that after a time, you fear to drop it and be yourself.

The best way to get rid of this façade and regain yourself is to talk to a therapist. It is important to be taught to children that in life they need to make themselves happy first. When you keep putting others’ needs before yours, they start accepting your mask as you and now you feel no way out of it.

When a child faces something traumatic, they lose the ability to interact. And in the need to protect themselves, they start to distance themselves from people and become more cautious. Now, it is important to be cautious and not too trusting.

But when your child is unable to form bonds with anyone or hold on to relationships and attachments for long, it is a clear symptom of childhood trauma. Trauma survivors often feel difficulty in giving anyone a place inside the wall they have created. This wall is again a defence mechanism.  But it is not right to be holding on to it for a long time.

It is better to get help from a professional and come to terms with one’s emotions. Many adults who have faced trauma as individuals, face difficulty in having romantic relationships. When they get a betrayal from their primary caregiver, they boycott and name the whole world as dangerous. Thus, distancing themselves from everyone.

It is important to pay attention to any symptoms of childhood trauma, as early as possible. IN the long run, it can have a severe effect on a child’s overall development and health. Childhood trauma increases an individual’s risk to suffer from conditions such as – Asthma, heart diseases, depression, diabetes and even stroke.

There are proven studies that tell that neglect of these events can result in changes in brain structure. Stress, which we consider trivial, can seriously hamper a child’s brain and nervous system. The more complex the history of trauma is, the more severe effect it has on the body if neglected.

When we feel that everything around us is too loud, we shut ourselves from it. But what if you cannot shut or stop the noise inside you. Self-harm is another most common symptom of childhood trauma.

When we say self-harm, it is not just physical harm, but also eating or sleeping habits. When you cannot stop the noises in your head, you believe that pain in any form can distract you from it. Self-harm is often misunderstood as simply a stupid action from an immature kid seeking the thrill

It is very easy to label a suicidal person as a coward. But we need to be more empathetic and instead of passing a harsh judgement, try to create a safe environment for them. Self-harm usually grows out of self-loathing and lack of self-importance. Their beliefs and emotions are stemmed from a way that deserves the bad things that are happening to them.

There is no conformity that if your child has gone through a traumatic event, they would endure the repercussions for life. But what needs to be recognized is that every child gets professional help when they need it Adults often say things such as, “He/She will forget all about it when they will grow up.”

Now, every kind of trauma is different. It needs a different kind of treatment and attention. Thus, it is expected of individuals to be vigilant. Early intervention can prevent a lot of awful consequences from happening.

If you need professional help –

One response to “SIGNS AND SYMPTOMS OF CHILDHOOD TRAUMA”