Bully Mindset: Understanding the Mind of a Bully 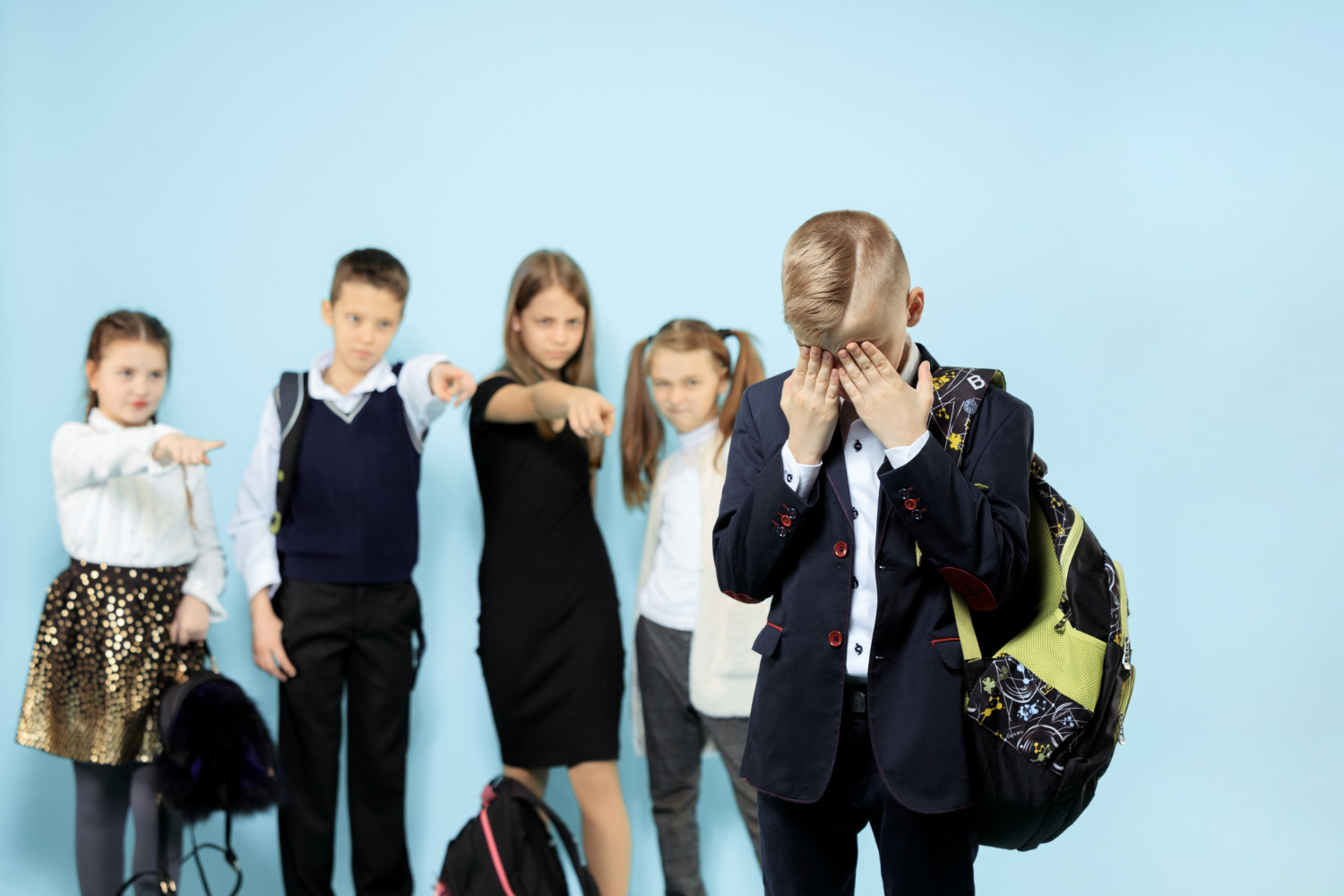 Understanding the psychology of the perpetrator can help address the pressing issue of bullying. This article delves deeper into the mindset of a bully.

We often associate the notion of bullying with the school setting, where a few mischievous kids pick on the weaker ones. While comparatively more in schools, the bully mindset is prevalent in all forms of settings like homes, workplaces, friend circles, etc. Similarly, the perpetrators and victims of bullying may belong to any gender, age group, or social background.

Bullying can have detrimental effects on its victims, which in some cases may even prove fatal.  For this obvious reason, one may tend to vilify the perpetrators of bullying in order to prevent it. One may even be right to do so, for there is no reason good enough to justify those actions affecting the victims. Despite that, an attempt to understand the mindset of a bully, the key reasons behind their destructive behavior, and the psychology involved thereof is equally important for sustainable societal progress.

We often mistake occasional good-humored teasing, rude behavior, and mean remarks as bullying. Bullying, however, is repetitive aggressive actions toward the weak and vulnerable with an intention to intimidate, dominate, and demean.

The deliberate nature of bullying distinguishes it from the other forms of aggression. Bullying is also characterized by an imbalance of power in terms of physical strength, access to private information, popularity, etc. Bullying can be verbal, social, physical, and cyber.

Bullies who are Victims: This category feels like they are unable to fit in socially because of their failure and inability to perform well in day-to-day life. Moreover, they suffer from mental health issues and are often victims of bullying themselves. All these issues concerning social reasoning, self-esteem, self-control and social status collectively contribute to their bully mindset.

Bullies By Choice: They are not socially inept or victims of any form of bullying or mental illness. On the contrary, they are self-assertive, confident, and successful. There is no underlying reason that encourages their imperious behavior.

Although demonized due to their damaging actions, all bullies are not necessarily evil by nature. They are simply helpless human beings who are incapable of coping with their emotions in a constructive manner.

Some bullies gain a sense of self-worth and pride through bullying others. It is a way to ease their insecurities and feel good about themselves by making others miserable. Having dominance over others makes them feel in control of the situation when everything is falling apart in their own lives.

As disturbing as it may be, some bullies derive pleasure from inflicting physical and mental harm onto others. The sadistic, pathological, and sociopathic traits associated with bullying render certain bullies potentially more dangerous than others.

Underlying Reasons behind a Bully Mindset:

While the intentions of a bully are usually common, the underlying reasons causing perpetrators to act this way can be numerous and subjective. A few primary reasons encouraging a bully mindset are as follows:

1. Adverse Childhood Experiences (ACEs) can lead to a bully mindset:

Adverse childhood experiences (ACEs) can include household dysfunction experienced in childhood, neglect, and various forms of physical, mental, and emotional abuse. Such traumatic events or experiences, that remain unresolved, are predominant triggers that cause an individual to adopt a bully mindset right from a young age, which continues into adulthood.

Some examples of ACEs are:

Research suggests that victims of bullying, be it any age or gender, are twice as likely to bully others. In this case, the perpetrator uses bullying as a defense mechanism, making them feel in control of the situation. Their mindset makes them believe that bullying others will somehow make them immune to getting bullied themselves.

Their own bullying experience may be a thing of the past or present. Individuals being bullied at a school, workplace, or elsewhere tend to choose their victims in their comfort zones, where they are at an advantage over their prey in terms of dominance.

3. Bully mindset can be a result of underlying mental illness:

People suffering from undiagnosed and unattended underlying mental health issues such as chronic depression, social anxiety disorder, or post-traumatic stress disorder can resort to bullying as a result of their inability to address their own problems in a constructive manner.

Bullies who are unable to cope with these mental illnesses exhibit drastic behavioral changes including issues with anger management and active aggression. Since in the case of bullies, the signs of mental health issues are often neglected in the light of their inappropriate behaviors, it is most likely that the reason behind the perpetrator’s bully mindset may be simply that they are having a hard time dealing with their mental health disorders.

4. A sense of unbelonging leads to a bully mindset:

Bullies often suffer from social anxiety and feel like they are unable to conform to the acceptable standards of society. A sense of worthlessness arises from their inability to perform well in terms of academics, work, relationships, or other aspects of social life. This can cause the bullies to misread others’ actions as an attempt to insult them, causing them to retaliate aggressively.

Lack of social skills such as effective communication and empathy unable bullies to belong to a certain desired group of their liking. Bullies try to deflect attention from their own shortcomings and insecurities in order to feel stable and secure. In other words, they project their vulnerabilities onto others. Bullies often pick on weaker individuals who they view as a threat to their own success, ego, or self-esteem.

One other theory suggests that fear is a prominent impetus in the mindset of a bully. Fear overwhelms bullies, thus making them afraid of many situations such as rejection, public humiliation, and failure. Although fear is a vital emotion for proper human functioning, an obsession with fear can have adverse consequences, one of which can be resorting to bullying.

These individuals believe that they should never experience any type of discomfort in any situation. They constantly reaffirm their superiority and are afraid to take risks for the fear of revealing a deficiency. In such cases, bullying others gives the perpetrators a sense of relief and catharsis.

6. Bullies by Choice and their bully mindset:

Bullies by choice are not the victims of unresolved trauma or underlying mental health-related issues. Their bullying actions could be motivated purely due to excessive narcissism and a lack of moral reasoning and empathy for others.

Individuals with a high sense of achievement, popularity, and success develop a disregard for others’ feelings may, intentionally or unintentionally, adopt a condescending attitude toward others. Their inflated sense of self-entitlement, pride, and indifference cause them to develop anti-social traits, thus adopting a bully mindset.

The cruel actions of a bully can have catastrophic long-term effects on the victim’s life. However, the fact that bullies are made, not born, must be taken into consideration. Bullies are simply human beings who in most cases are helplessly spiraling down a path of trauma and myriad other issues. That being said, it is undeniably true that like every human they are deserving of compassion and empathy.

Intervention by a figure of authority is the first step when it comes to helping either the perpetrator or the victim. Experts highly recommend professional counseling by a licensed therapist in such scenarios.