Phil Mickelson: An Inspiring Reminder To Us; Why We Must Never Stop Believing. 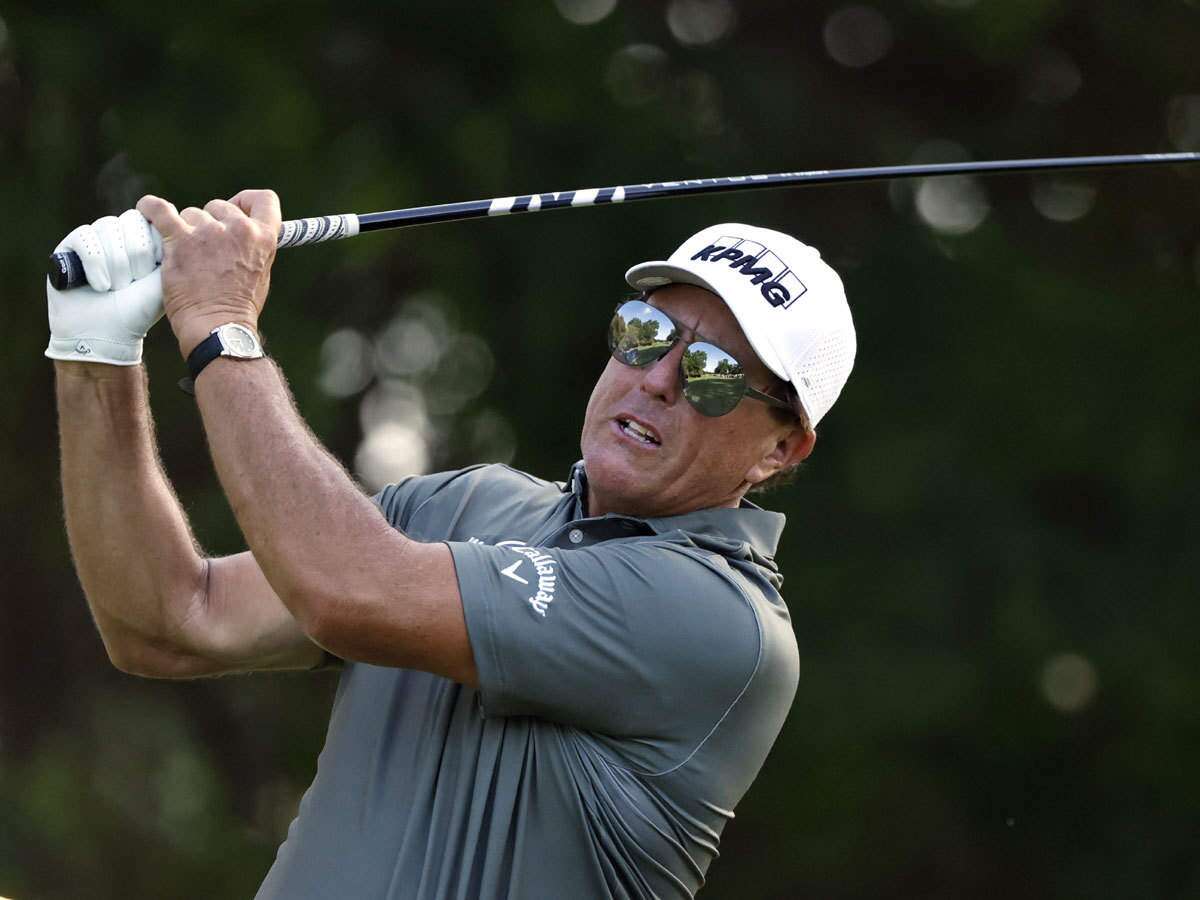 Prior to entering this year’s PGA Championship, Phil Mickelson hadn’t registered in a single Top 20 finish in nine months. He was ranked 115th in the world and hadn’t won a Major since 2013. It’s fair to say, the highly decorated veteran known by many as “The Lefty”, had his back well and truly against the wall. However, it was his sheer determination that would help him to defy all odds and make history, becoming the oldest winner in Major Championship Golf.

Closing in on a career that has spanned for almost three decades at the highest level. Phil Mickelson, managed to wind back the clock, producing a stunning performance at this year’s PGA championship. The vintage display was enough for Mickelson to earn victory. The only golfer to have ever won two Major Tournaments 30 years apart, first in 1991 and now in 2021.

This year’s PGA championship allowed crowds of 20% capacity (due to COVID-19 protocol). 10,000 lucky spectators were granted the opportunity to witness one of golf’s favourite son’s re-write history.

To everyone’s surprise, the crowd favourite put together four days of sublime golf which helped to reignite his loyal fanbase. Labelled as “The People’s Champion”, Phil Mickelson has always shown his appreciation for his fans. Unlike most golfers, who rush back to the clubhouse, he has made it his trademark to make a conscious effort to stay behind and sign autographs, take photos and interact with his fans.

Since becoming a professional in 1992, the Hall-of-Fame member has earned six major championships throughout his illustrious career. The most recent victory at Kiawah Island in South Carolina, forever cementing Phil Mickelson’s name in the history books

Phil Mickelson withstood fierce competition during the week-long event. None more so than from World Number Eight and four-time Major Championship winner, Brooks Koepka. In spite of Koepka’s best efforts, “The Lefty” managed to break free from the field.

The monumental win proved to the world that age is just a number. The victorious Mickelson was asked what this win meant to him. He responded in a realistic tone “It’s very possible that this is the last tournament I ever win” but added that this win could also be the start of something special “it’s also very possible that I may have had a little bit of a breakthrough in some of my focus and maybe I go on a little bit of a run. I don’t know”. Mickelson ended the interview with a pearl of wisdom “The point is that there’s no reason why I or anybody else can’t do it at a later age. It just takes a little bit more work.’’ (ESPN.com).

With obvious determination, Phil Mickelson’s win emphasizes the notion that anything can be achieved if you are willing to put in some extra work.

No Slowing Down For The Aging Athlete

It has been a challenging 18 months, largely due to the effects of a global pandemic. Sport has seemingly provided many of us with a much-needed outlet. It has also been a time where various older generational athletes have succeeded, such as Tom Brady and Lebron James in their respective sports.

Brady, 43, has shown no signs of slowing down since entering his 40’s. In February he achieved the unimaginable, winning a seventh Super Bowl ring, boosting his credentials to become known as the NFL’s Greatest of All Time i.e. “The Goat”. Brady now has an impressive feat of 10 Super Bowl appearances, winning seven and losing three.

Similarly, Lebron James, the self-proclaimed “Chosen One”, has essentially been the face of the NBA since entering the league with the first pick back in 2003. Often compared in the same sentence as Michael Jordan, James is a modern-day superstar. The Akron, Ohio native boasts a highly decorated CV which includes four regular-season MVP awards, four Finals MVP awards and four Championship titles, the most recent coming in October of last year, at age 35.

After Brady secured his seventh ring, speculation quickly grew surrounding the NBA’s modern-day “Goat”, Lebron James. Noticeably fueled by Brady’s seventh ring, James was asked by reporters if he intended to follow in the footsteps of Brady who has continued playing well into his 40’s. James didn’t have a definitive answer, saying “I don’t know how long I’m going to play the game. I don’t know how much more I’ll be able to give to the game”. Even after 18 seasons, James still views himself as a student of the game explaining that “The game will let me know when it’s time, and we’ll figure it out then.” (McMenamin, 2021).

Astonishingly, James has also made it to the NBA finals 10 times, winning four and losing six. For James to enhance his already sterling resume he must win at least one or two more rings to reach Brady’s level of greatness. The hunger and determination is still there for the 36-year-old Laker to recently admitted to investing 1.5 million dollars into his body each year.

What Sets Them Apart

There is no secret that the human body will tend to slow down as we age, even for the greatest of athletes like Brady, James and Mickelson. You could argue that time is not on their side, however, they clearly disagree. As a collective, they have all adopted the philosophy of “slow is smooth and smooth is fast”, meaning their timing is everything and although they may not be as quick as what they once were, it is their experience and fundamentals in technique which helps them to remain on top.

Whether it be Mickelson’s flawless wedge game, Brady’s extensive football IQ or James’ legendary athleticism. There is no denying that it is in fact their constant belief and determination, ultimately propelling them to accomplish the extraordinary, so deep into their respective careers. As a community, with an influx of older sportsmen continually producing triumphant performances, it should inspire us to remain focused, hungry and committed to attaining our own personal goals.

2 responses to “Phil Mickelson: An Inspiring Reminder To Us; Why We Must Never Stop Believing.”